Wheatgrass Benefits, How to Grow and Make Juice

Health Benefits and Side Effects Wheatgrass

54
SHARES
ShareTweet
"Test yourselves if you are in the faith; examine yourselves!" - Bibel, 2 Cor. 13:5 10 Questions to Examine and Test Your Faith in GodTest Yourself Now
Reading Time: 7 minutes 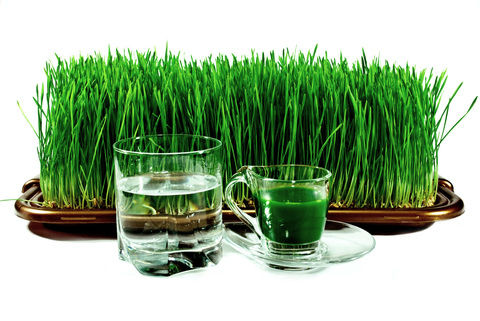 
If there’s any grass or weed that is deemed nutritious, wheatgrass will be declared as the runaway winner. Wheatgrass juice is making huge waves all over the world because of its very potent nutritional benefits. Learn more about this food product and find out what it can do for you.

Wheatgrass is the term given to food items that are prepared from common wheat plants, more particularly from their cotyledons. The most ordinary forms of wheatgrass are powder concentrate and juice, both of which have massive nutritional benefits that users can immediately enjoy the moment that they take it in.

It is possible to grow wheatgrass at home, thus making all the health benefits of this plant even more accessible. Right now, wheatgrass products are available in many other forms such as pill or tablets, and even fresh produce.

Wheatgrass and wheatgrass juice are known to have tons of benefits that no health buff can ignore. This food product has at least 50 health benefits and the ones listed below are its major accomplishments:

Chlorophyll is a nutrient needed by the blood to reproduce a healthier set of red and white blood cells. Chlorophyll can also do a lot of other wonders to the body. Chlorophyll also works to nourish life, slow down the ageing process, add energy, cleanse the colon, deter the growth of bacteria, renew tissues, treat skin problems, provide immediate relief from common diseases, wash away drug deposits, neutralize toxins, purify the liver, and alleviate blood sugar problems. Studies show that wheatgrass is composed of 70% chlorophyll.

Amino acids are also called the building blocks of proteins. As such, they are essential to cell regeneration and growth. Wheatgrass is very rich in amino acids and that is the reason why it is quite popular among muscle builders. Examples of the amino acids found in wheatgrass are arginine, lysine, serine, and glycine, among others.

Everybody knows how important oxygen is to the body. Oxygen is required in almost all of the body processes. It is needed by the digestive tract for food oxidation, by the brain for clearer thought processing, and by the blood to ward off bacteria and cancer cells.

Longevity is one of the many reasons why wheatgrass is very popular. Wheatgrass is believed to be a complete food system, which can keep herbivores alive for a very long period of time. It also works as a detoxification agent to keep the body from ageing too fast.

5. Protects against most illnesses

With the number of nutrients, vitamins, and minerals present in wheatgrass, it can boost the immune system to adequately help the body in fighting many kinds of ailments and illnesses. A total of 90 nutrients are found in every glass of wheatgrass juice, which in turn, can flush out all body toxins before they had the chance to reach critical volumes and become full-blown illnesses. Without toxins and with adequate oxygen in the blood, cancer and dreaded diseases are less likely to develop.

Wheatgrass Side Effects and Precautions

Taking wheatgrass at abnormally high dosages can cause adverse reactions to some people. The following side effects are quite common among wheatgrass overdose patients:

Nausea is caused by the abnormally high content of certain nutrients found in wheatgrass. Because this food product produces a rather strong detoxification effect, it is quite important for individuals to take just the recommended dosage at all times. Nausea is also the result of removing too much toxins out of the body.

2. Diarrhea and changes in stool consistency and color

Diarrhea is a very common side effect of wheatgrass as it is quite high in dietary fiber. With too much fiber inside the body, more particularly in the stomach, the stool does tend to get a little loose.

3. Changes in body and breath odor

What you eat is what you eventually become. Wheatgrass is predominantly grass, the same kind of stuff that herbivores eat. Being naturally carnivores, people can expect certain changes in the way that the body functions. This is especially true if and when you decide to follow a diet that involves pure vegetables and wheatgrass.

People who are known to develop a certain allergic reaction to mold, wheat, and grass should stay away from wheatgrass. Wheatgrass juice is composed of the same elements and will likely produce the same allergic effect. 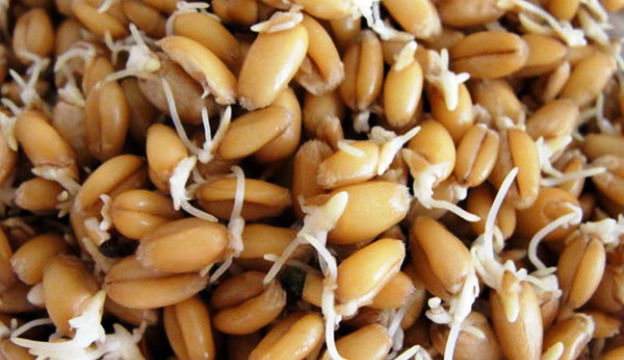 Wheatgrass are used as a supplement for many reasons although detoxification is the most common one. Those who are starting out to integrate wheatgrass into their diets should start at fairly low quantities. The recommended dosage for beginners is half ounce to a full ounce, until the body gets used to all the added nutrients.

Where to buy wheatgrass

Depending on the type of wheatgrass you want, purchasing the quantity you need is now an easy feat. Wheatgrass is sold almost everywhere these days, especially after a lot of people have realized how beneficial it can be to their health. The best places to buy wheatgrass are:

Because of the high popularity of wheatgrass, many stores carrying health foods are now selling wheatgrass as well. Simply ask what kind of wheatgrass supplement they offer. You will most likely find them in powder, juice, or pill form.

You’ll have to be amazed at what you can buy from Asian grocery stores. Remember that Asia is very popular for its herbal remedies. Finding fresh wheatgrass from these places is very likely. The nearest Asian store down the block may just have exactly what you need.

Organic food stores, which are the same places where you can find the freshest, chemical-free fruits and veggies, are predominantly created to promote healthier living. So expect wheatgrass to be in one of their shelves. They will come in fresh weed form, grown organically of course.

There’s absolutely no stopping you from what you can purchase online. Wheatgrass is definitely going to be one of them. Find the most reputable health store online and order quantities of wheatgrass in the form that you prefer. However, powder wheatgrass is the most popular variant online.

How to grow wheatgrass

So as not you won’t have to worry about where to buy your month-long supply of wheatgrass, you can always opt to grow your own at home. Doing so is also way cheaper than buying the fresh grass variant, the juice, or the powder kind from stores. Here’s how you can grow wheatgrass indoors:

1. Soak the wheatgrass seeds in a jar full of water for 12 hours. Some wheatgrass planting instructions will indicate sprouting the seeds first before planting them. This step is optional.

2. Drain the seeds and put them in a large container.

3. Prepare the growing tray. The ideal one to use is the kind that is about 1 1/2 inches deep. Spread the soil in the tray evenly. Make sure that there are no bumps.

4. Place the wheatgrass seeds over the soil as evenly as possible. Make sure that there are no empty spaces in between them. But don’t lump the seeds either. The seeds should nicely touch each other. Otherwise, the grass won’t grow properly.

5. Water the seeds and the soil thoroughly.

6. Cover the tray with soil and seeds with another tray that is slightly bigger in size. Leave as is.

7. Water the seeds every day using a water sprayer. Make sure that the soil is always damp, but not swimming in water.

8. Stop covering the tray once the leaves start sprouting, but continue to water them every day.

9. Once they grow around 8 inches tall, it’s ready for harvesting. Cut the grass a little above the roots with a pair of scissors.

10. Your first harvest is now ready for juicing.

Given that you have just harvested fresh wheatgrass from your tray, the next step is to enjoy it. The procedure below on how to make wheatgrass juice is also applicable for the fresh variants bought from a store. You are going to need a wheatgrass juicer for this procedure.

Wheatgrass juicers are special kitchen devices that are designed to extract the maximum amount of juice from each strand of wheatgrass. There are both manual and electric variants, with the average price being $30 for the manual and $50 for the electric type.

Provided that you already have a juicer, you can make fresh wheatgrass juice by following these steps:

1. Rinse the harvested wheatgrass thoroughly. Make sure that it is free from debris, soil, compost, and dust.

2. Put the washed wheatgrass in the juicer and operate it as usual. Do not use regular juicers for wheatgrass as they tend to get clogged. If you don’t have a juicer, you are better off using blenders. Just strain all the solids from the puree to leave only the juice.

3. Pour the extracted juice in a glass and enjoy. You can chill the juice before drinking. Or if desired, mix it with lemon and other fruits in season.

If you want to enjoy the goodness of wheatgrass in some other ways than just juicing it plain, below are some exciting recipes to follow.

These interesting wheatgrass recipes are great ways to make tastier juices. They are sure to add another dimension to your wheatgrass drinking spree.

Cut the cucumber and celery into chunks that will fit into the juicer. Add the rest of the ingredients and dilute with water. Juice everything up and enjoy!

Combine wheatgrass, heavy cream, and honey in the food processor. Then slowly, add olive oil into the processed mix to emulsify. Take out the sauce and strain. Extract all the liquid. Add salt and pepper to taste. This sauce is ideal for fish and meat recipes.

54
SHARES
ShareTweet
"Test yourselves if you are in the faith; examine yourselves!" - Bibel, 2 Cor. 13:5 10 Questions to Examine and Test Your Faith in GodTest Yourself Now