Turmeric Health Benefits and Side Effects

Health Benefits and Side Effects Turmeric

293
SHARES
ShareTweet
"Test yourselves if you are in the faith; examine yourselves!" - Bibel, 2 Cor. 13:5 10 Questions to Examine and Test Your Faith in GodTest Yourself Now
Reading Time: 4 minutes 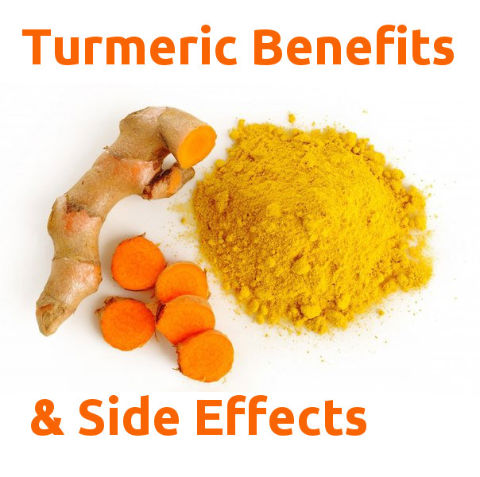 Natural health remedies are many. Turmeric health benefits are being discovered every day to this day. Turmeric is a commonly used herb that is also classed as a spice, renowned for its peppery aroma and bright golden colour. It is used in a variety of dishes all over the world, but its application just does not end there.

In this article, we shall take a closer look at turmeric and its benefits and any side effects.

An overview of Turmeric

Turmeric, also called Curcuma longa is a herbaceous plant that belongs to the ginger family. Once harvested, it is washed, dried and then ground into a powder which is then used for a variety of purposes. It is native to Asian countries, and forms a staple part of foods cooked in India and Pakistan.

But its uses extend beyond cooking and food; they are also used as a part of Indian traditional medicine. It has been found to possess antibacterial and anti-fungal properties and is sometimes prescribed by alternative medicine as treatment for various ailments.

Turmeric is available in a variety of forms in which it is used. These include –

1. Powder – The powdered form of turmeric is prepared by washing and oven drying the turmeric rhizome, which is then ground into a fine golden yellow powder. This powder is added in small quantities to foods for taste and sometimes just for colour. It is added during the initial stages of cooking, and thus imparts its unique flavour and colour to the dish. It is not just used in Indian cooking, it also used in oriental cuisine.

Powdered turmeric is also added to traditional skin creams, which have a cooling and soothing effect in addition to its antibacterial properties.

2. Whole rhizome – In some cases, turmeric is sometimes used as whole rhizome. It is available as a pickle that is slow cooked with spices so it remains soft, imparting a delicate flavour to the pickle. 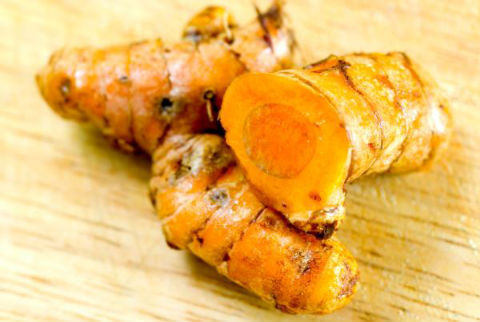 The health benefits of turmeric are many – most of them are related to its medicinal use. It is rich in anti-oxidants, making it extremely useful in managing a number of different clinical conditions. Research conducted has demonstrated turmeric to have the following uses –

1. Treatment of arthritis – It is believed to help treat osteoarthritis by reducing inflammation and swelling.

2. Treatment of problems with digestion such as stomach aches, excessive gas, diarrhoea and excessive bloating sensation. It is commonly prescribed as a natural remedy for these purposes.

3. Treatment of liver disease and problems with the gall bladder. Patients with liver and gall bladder disease develop jaundice, and turmeric has been shown to reduce this. The evidence however is not scientifically solid.

4. Chest disease such as the common cold, bronchitis and chest infections.

5. Certain forms of cancer management – Turmeric has been shown be of benefit in managing patients with prostate cancer and some forms of blood cancer.

8. Treatment of infections – It is useful as a topical application on wounds, cuts, bruises and burns, and can help prevent infections and promote healing.

Many of these benefits are not scientifically proven, but anecdotal evidence has shown turmeric to possess these benefits, and more are being discovered every day.

Side effects of turmeric

The general evidence suggests that turmeric is safe for consumption and as a medicinal product. Some people report mild stomach upset and occasional diarrhoea, but this is usually sensitivity to turmeric rather than side effects. It is unclear what it would do if consumed in large quantities.

Turmeric has to be used with caution in pregnant women, as it is believed that turmeric has effects on the uterine wall. It can cause bleeding by preventing blood clotting, and should therefore be avoided if undergoing surgery. It is due to this side effect that turmeric should be avoided in patients who are taking blood thinning medication such as warfarin, aspirin and clopidogrel, as it can result in excessive bleeding in the event of an injury or ulcer in the stomach. Lastly, there is information that turmeric may interfere with some drugs used in chemotherapy, therefore who are undergoing chemotherapy should consult with their doctors on taking curcumin.

If taking turmeric to manage different clinical conditions, evidence suggests the use of 500mg of turmeric 4 times a day for stomach problems and 500mg twice a day for managing patients with osteoarthritis.

Turmeric is used in a number of different cuisines, and here are 2 recipes where it is used.

This is a spicy lentil dish that utilises turmeric for its colour and spice properties. Once lentils are boiled till they are fully cooked, they are whisked till they are broken down and are set aside. In a separate pan, a little oil is heated and cumin seeds, chopped onion and ginger and chopped green chillies are added. Garlic and tomatoes are pureed and added to this. Turmeric along with garam masala are added, and the daal is added to this. The mixture is heated for another 10 minutes, and salt is added to taste. The dish is finished off with coriander leaves and is served with warm naan bread.

In a hot wok, add groundnut oil and stir in ginger, mushrooms, chilli and turmeric for fry for a few seconds. To this are added red peppers, carrots, bean sprouts and cooked chicken. After this has fried for a few seconds, the noodles are added along with soy sauce, oyster sauce and vinegar. Beaten egg is added to this and the dish is fried for a minute or so. It is finished off with a dash of sesame oil and served with a garnish of spring onions.

Turmeric is a versatile plant with medicinal and culinary uses. Turmeric benefits are extensive and side effects are few. It comes as no surprise that this is a popular choice in foods and traditional medicine.

293
SHARES
ShareTweet
"Test yourselves if you are in the faith; examine yourselves!" - Bibel, 2 Cor. 13:5 10 Questions to Examine and Test Your Faith in GodTest Yourself Now