How Dangerous Are Sleep Disorders and How They Affect Your Health

ShareTweet
"Test yourselves if you are in the faith; examine yourselves!" - Bibel, 2 Cor. 13:5 10 Questions to Examine and Test Your Faith in GodTest Yourself Now
Reading Time: 5 minutes 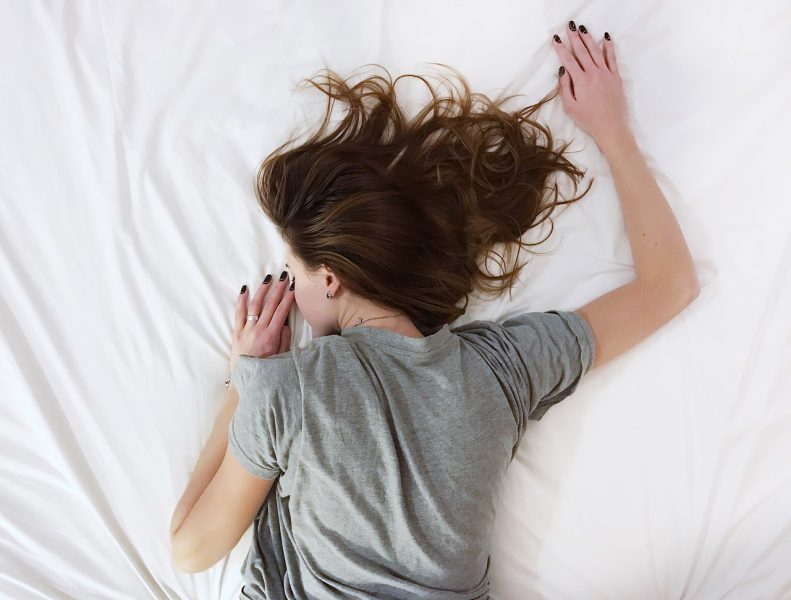 Skipping a few days of sleep can really interfere with your daily life, making you cranky, grumpy, and tired, and you can’t make it up with an 8-hour sleep and a few power naps. Everyone has experienced the lack of focus, bad mood, and fatigue after a night of poor sleep. However, chronic sleep deprivation is much more dangerous, as it puts your physical health at risk and impairs your mental abilities in the long term. The body heals itself during sleep, repairing any damage, working to restore its chemical balance and get your brain and body to function normally.

We need sleep, just as we need food and air. Sleeping for less than six hours per night can increase risks of various health conditions. This is how it can affect specific systems in our bodies.

A sleep disorder can be a symptom of another mental health or medical condition. Once the underlying cause is treated, sleep disorders may eventually go away. However, if they aren’t caused by another health condition, treatment usually involves a combination of lifestyle changes and medical treatments. If you suspect you might be suffering from a sleep disorder, it’s important to receive a diagnosis and treatment as soon as possible, to prevent it from causing further health issues.

Sleep disorders can be caused by: allergies and respiratory problems, nocturia (frequent urination that causes you to wake up at night), chronic pain (persistent headaches, lower back pain, arthritis, fibromyalgia, or chronic fatigue syndrome), stress and anxiety. 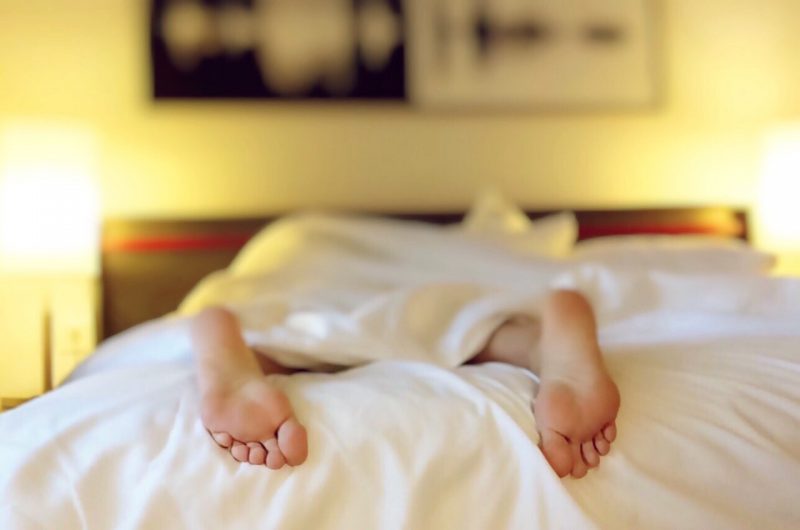 Insomnia – the inability to remain or fall asleep. It can be caused by anxiety, stress, jet lag, digestive problems, and hormonal imbalance. Insomnia can be chronic, intermittent, and transient, and can potentially cause weight gain, irritability, depression, and concentration problems.

Restless leg syndrome – an overwhelming urge to move one’s legs, sometimes accompanied by a tingling sensation. These symptoms are most prevalent at night, and the condition is often linked to Parkinson’s disease and ADHD.

Narcolepsy – falling asleep without warning when a person suddenly feels extremely tired. These sleep episodes occur during the day. Narcolepsy is often associated with multiple sclerosis.

Parasomnias – sleep disorders that cause abnormal behaviors and movements during sleep. They include sleep-talking, sleepwalking, nightmares, groaning, jaw clenching or teeth grinding, and bedwetting.

Sleep apnea – a serious condition characterized by pauses in breathing during sleep. The lack of oxygen in the body interrupts sleep and causes our brains to partially wake up to deal with the crisis. The condition can’t be diagnosed through examination or blood test, and the only way to diagnose sleep apnea is through a sleep test (which can be administered in your own home). Untreated sleep apnea can increase risks of various health conditions, such as heart problems, acid reflux, excess weight, type 2 diabetes, and high blood pressure. 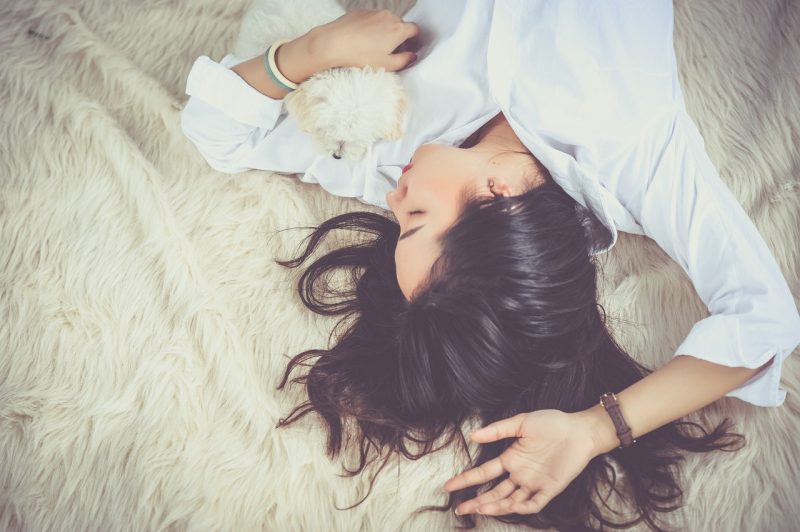 Chronic sleep deprivation negatively affects certain body functions and systems that are essential for a normal, healthy life. The systems that are most often affected by sleep disorders are:

The immune system is responsible for protecting our bodies against bacteria, viruses and other foreign ‘invaders’. During sleep, it produces proteins called cytokines which give your system more energy to fight off illnesses. When we’re sleep deprived, production of cytokines and antibodies is reduced, which means the immune system gets weaker and we’re more prone to getting sick.

To keep your central nervous system functioning properly, you need sleep. After all, it is the information infrastructure of your body. However, the ways your body usually sends impulses can be disrupted by chronic sleep deprivation. Neuron pathways, which help us retain new information, are formed during sleep. This is why your brain is left exhausted after a few nights of bad sleep, making you impatient and more prone to mood swings; your creativity and decision-making may also be compromised. After several days without sleep, you could even experience hallucinations. Other risks of long-term sleep deprivation include paranoia, depression, suicidal thoughts, and impulsive behavior. The most dangerous thing that may occur is microsleep. You may experience short episodes of microsleep, when you fall asleep for a few minutes without realizing it; this can be very dangerous if you’re driving.

Sleep deprivation, along with lack of exercise and overeating, is one of the leading causes of obesity. Levels of ghrelin and leptin, hormones that control feelings of fullness and hunger, are affected by sleep. Due to lack of sleep, the brain raises ghrelin (appetite stimulant) and reduces leptin. This hormone flux could explain nighttime snacking and why we crave more food at night. Sleep deficiency also makes you too tired to exercise, which further contributes to weight gain and raises your insulin levels after eating, which promotes fat storage and higher blood sugar levels.

Sleep affects your body’s hormone production. For example, you need at least three hours of uninterrupted sleep (the time of your first REM episode) for testosterone production. Also, lack of sleep can negatively affect the production of the growth hormone, which is especially important in adolescents and children. These hormones help repair tissues and cells and build muscle mass.

There’s a two-way relationship between the respiratory system and sleep. Obstructive sleep apnea (OSA) is a nighttime breathing disorder that can lower the quality of your sleep by interrupting it. Waking up frequently during the night can cause sleep deprivation, leaving you more vulnerable to flu, common cold, and other respiratory infections. Existing respiratory diseases, like chronic lung illness, can be worsened by sleep deprivation.

Sleep affects blood pressure, blood sugar, and inflammation levels, keeping your heart and blood vessels healthy. You are more likely to get cardiovascular disease if you don’t sleep enough.

Not everyone requires the same amount of sleep in order to stay energized. Our sleep requirements change as we grow up, with different life stages affecting the amount of sleep we need. Some people simply can’t get themselves to function properly without at least seven hours of sleep per night, while others can get by with just four to five hours per night. In order to figure out how much sleep you need, pay attention to symptoms that may indicate sleep deficiency. These symptoms may include lack of energy, lack of concentration, weight gain, feeling constant fatigue, frequent mood swings, lack of motivation, impulsiveness, anger issues and depression.

In order to prepare yourself for a good night’s sleep, you should develop a bedtime routine (something that’s interesting, but slowly puts you to sleep, such as reading in bed), exercise and release energy daily, and avoid watching TV or gaming as well as drinking alcohol or caffeine before bed.