Coffee Benefits And Side Effects

Health Benefits and Side Effects Coffee

28
SHARES
ShareTweet
"Test yourselves if you are in the faith; examine yourselves!" - Bibel, 2 Cor. 13:5 10 Questions to Examine and Test Your Faith in GodTest Yourself Now
Reading Time: 3 minutes 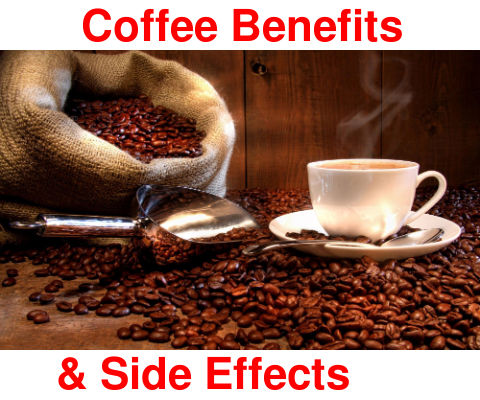 
In ancient times, the term “a cup of coffee” did not exist for the simple reason that coffee beans were not milled and brewed but eaten whole, after being roasted in animal fat. This is what the East African tribes did throughout the centuries. They believed that coffee was a great food, which had a stimulating effect on the body.
Coffee came to Europe much later, only in the XVII century, and almost immediately gained enormous popularity. However, it had enough opponents as well.
Even so, modern scientists are finding some new hazards inherent in a cup of coffee almost every year. Definitely, the negative reaction to that drink is quite possible, but more often it is very individual. Something that can be very harmful for one, is safe for another. However, there are some downsides of coffee common to all. For example, the fact that coffee contains enough benzopyrene which is harmful for the body and the amount of which varies depending on the degree of roasting coffee. Accordingly, the less time coffee is roasted, the better.

The main thing coffee is accused of is the possibility of becoming addicted to it. Many physicians are of the opinion that caffeine is a drug, which can cause serious psychological and physical dependence. Others are convinced that that statement relates to coffee in the same degree it does to chocolate. The truth is coffee can actually cause physical dependence. Many people have claimed: headaches, drowsiness, lethargy, confusion, irritability, and nausea immediately after stopping their frequent intake of coffee. For that reason it is advised to give up drinking coffee gradually, not immediately. However, with that having being said, coffee is not addictive, nor does it cause psychological dependence. This has been proven by numerous studies. So coffee can not be classified as a drug.

For Whom, When And How Much

Coffee, however, can not be considered as an absolutely safe drink. Doctors do not recommend drinking coffee:

As for the daily norm of coffee, most scientists agree that 1-2 cups a day can’t hurt the health. And if 2 cups of coffee a day can relieve fatigue, improve attention and increase reaction rate and physical endurance, then the higher doses, on the contrary, can lead to increased irritability and nervousness.

It Would Be Best For You Not To Abuse Coffee If You Have:

It is interesting that the Swiss chemist, Max Morgentaller, who was the inventor of instant coffee, considered it his great failure. Instant coffee is far ahead in the amount of caffeine compared to coffee beans. Moreover, the higher the quality and price of instant coffee, the more caffeine is contained in it. That’s why doctors still recommend drinking instant coffee as little as possible, preferring real coffee, brewed according to the rules. That is healthier as well as tastier!

28
SHARES
ShareTweet
"Test yourselves if you are in the faith; examine yourselves!" - Bibel, 2 Cor. 13:5 10 Questions to Examine and Test Your Faith in GodTest Yourself Now