31
SHARES
ShareTweet
"Test yourselves if you are in the faith; examine yourselves!" - Bibel, 2 Cor. 13:5 10 Questions to Examine and Test Your Faith in GodTest Yourself Now
Reading Time: 3 minutes 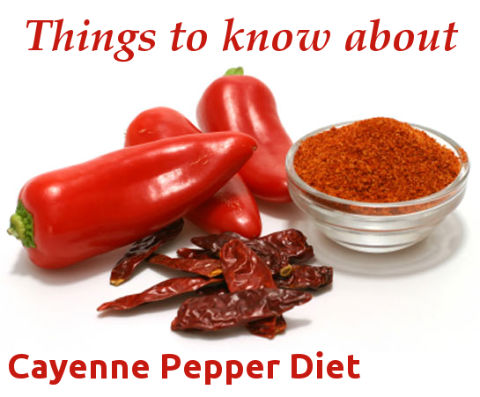 The Cayenne Pepper Diet has become more and more popular as a Master Cleanse Diet, which is also known as the Lemonade Diet or Maple Syrup Diet. The diet consists of nothing but cayenne pepper, maple syrup, lemon juice, and water for at least 10 days. Because it is a Master Cleanse, you aren’t supposed to consume anything but this mixture, and the tea that is supposed to cleanse you. Twice a day, you are supposed to consume a tea made of sea salt and warm water. The diet is supposed to help you lose weight along with cleansing your body’s system.

The Cayenne Pepper Diet has been praised by some celebrities, and it has worked for many people. Many people do lose a lot of weight on the diet. If you aren’t eating any solid food for around 10 or more days, you are bound to lose weight. The detoxification is nice too, though some research has shown that maybe the diet removes not only bad bacteria in your digestive system but good bacteria too.

The Cayenne Pepper Diet mixture consists of only:

So as far as diets go, there isn’t much you need to buy. So if you are dieting on a budget, this is definitely a cheaper option for you. 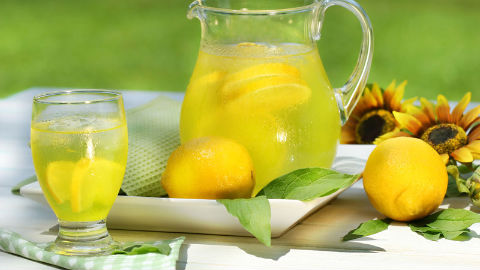 Spicy peppers (like cayenne) decrease appetite, which is obviously important if you choose to go on this diet. The cayenne pepper helps prevent you from getting too hungry, which is something you will want when all you are consuming is this mixture and the tea mixture. If you don’t usually eat too many spicy foods, then this will only increase your feeling of not being hungry. Even when you aren’t on a diet, having some cayenne in your meals can help you burn a few more calories.

Whenever you leave the diet, you will have to gradually ease back into your normal diet. Because you have been only consuming liquids, if you suddenly start eating solid food, your digestive system will get clogged. And that simply reverses all the work you’ve done in cleaning it out. So at first you will want to drink things like fruit juices, and gradually add soups. After a while of that you should start adding back nuts and vegetables before returning to your normal eating habits. So after the diet is completed, you still need to take time and not rush going back to normal habits.

Side Effects Of Cayenne Pepper Diet

Some people have said and complained that the Maple Syrup Diet didn’t contain enough vitamins, minerals, and protein. This is the reason some people don’t have much energy on this diet. Some people may even experience fainting, delirium, and dizziness. This is rare, but if you like to have a lot of vitamins and minerals in your diet it’s possible it could happen. These effects are not supposed to last, and while likely end after you finish the diet and the detox process.

The salt water flush you do twice daily is a bit controversial. It does clean out your body, but it may do it’s job a little too well. It may remove good and bad bacteria which isn’t good. But it may also cause constipation upon finishing the cleanse because your intestines aren’t used to passing any food through. So this is just another reason you want to gradually ease back into eating solid food. Because of this, many who have lost a lot of weight while on the cleanse have said they gained it back because of this. This isn’t a problem for everyone, but you need to really ease back into solid food or you could gain back the weight.

31
SHARES
ShareTweet
"Test yourselves if you are in the faith; examine yourselves!" - Bibel, 2 Cor. 13:5 10 Questions to Examine and Test Your Faith in GodTest Yourself Now