24
SHARES
ShareTweet
"Test yourselves if you are in the faith; examine yourselves!" - Bibel, 2 Cor. 13:5 10 Questions to Examine and Test Your Faith in GodTest Yourself Now
Reading Time: 6 minutes 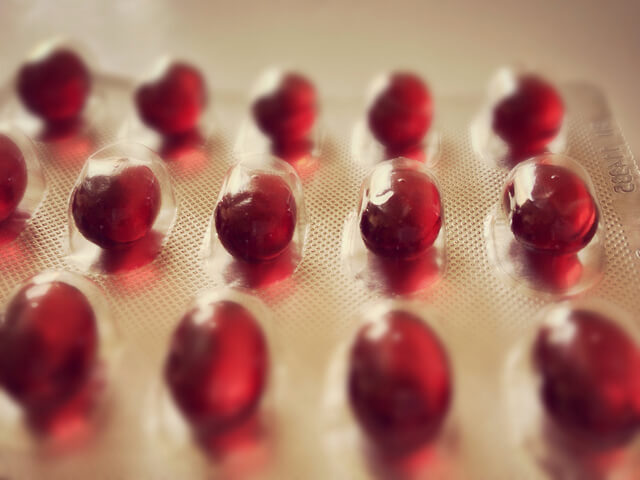 Krill oil is fast becoming the preferred alternative to the traditional fish oil as a source of Omega-3 fatty acids and other beneficial nutritious compounds. It is obtained from Antarctic krill, a small creature living in the Antarctic region. They live in groups, known as swarms, that can reach up to 30,000 individuals. One female krill can lay as much as 10,000 eggs, and according to some estimates, krill forms the largest biomass on earth. As such, it’s far more sustainable than fish, though harvesting should be subject to more conscientious planning if we want to maintain these numbers long term.

Krill oil contains two types of Omega-3 fatty acids, similar to those found in fish oil, namely Eicosapentaenoic (EPA) and Docosahexaenoic (DHA). These two acids have been shown to promote cardiovascular health and diminish the negative effects of the aging process.

A proper intake of DHA and EPA is essential during pregnancy since it helps the development of the fetus’ neuronal, retinal, and immune functions. Omega-3 fatty acids such as those present in fish oil supplements also seem to reduce the risk of premature delivery.

Both DHA and EPA are key components of cell membranes. Adequate levels of these two fatty acids have been shown to stabilize plaque levels and reduce the risk of recurrent major coronary events due to their anti-inflammatory properties. They also work to enhance the anticoagulant properties of certain drugs, such as aspirin, which can provide long-term benefits to people who do not respond them.

Unfortunately, the body is unable to produce these two acids by itself in high quantities, so it is necessary to supplement the natural production of DHA and EPA.

A study has shown that even though it may seem like krill oil contains less DHA and EPA than fish oil, krill oil is actually much more effective than fish oil. Unlike the omega-3 fatty acids found in fish and fish oil, those found in krill oil bind to phospholipids. Phospholipids are essential components of the cell membrane. Because of their form, the omega-3 fatty acids contained in krill oil are more easily absorbed by the body, because they don’t have to be processed first.

Because it is more efficient than fish oil, it can be taken in smaller doses. According to the FDA, both fish and krill may contain traces of mercury, so ingesting smaller amounts of oil may prove to be beneficial in reducing the amount of mercury one ingests.

Omega-3 fatty acids work to promote the production of so-called bad cholesterol (LDL) while promoting the production of “good” cholesterol (HDL).  LDL is considered bad because it tends to stick to the arteries, forming a plaque, which leads to atherosclerosis, increased blood pressure, and clots. HDL, on the other hand, removes this plaque. The omega-2 acids contained by krill oil reduces platelet aggregation, meaning that it stops plaque from forming.

One study looked at two types of krill oil, namely whole krill oil and phospholipid-type krill oil. The latter type is the one present in supplements, while the first is the one obtained naturally from krill. Both were shown to lower cholesterol levels in mice that were given a highly caloric diet, but the latter was much more efficient and had numerous other health benefits.

High levels of cholesterol are often caused by a slow metabolic rate. This is why often times dietary supplements can be quite inefficient, in spite of their proven benefits. Omega 3 can be immensely useful for people suffering from high cholesterol and the issues that come associated with it. And since krill oil is more easily metabolized than fish oil, it can be the perfect alternative that completely bypasses a slow metabolism.

Triglycerides are a form of fat associated with LDL (bad cholesterol). It is the type of fat which the body uses to store up energy. Like LDL, excess triglycerides may build on the inside of the arteries and heart, increasing the risk of fatal blood clots and heart attacks. Triglycerides are usually bound to LDL and VDL (very low-density lipids). Omega 3 found in krill oil not only decreases the production of these types of acids but also helps eliminate the excess and the associated triglycerides.

Lipid-decrease was much more noticeable in patients’ taking krill oil than other types of supplements containing Omega 3. While health experts advise against using these supplements as the only method of lowering triglyceride levels, they can certainly help. And krill oil supplements can also provide the body with other benefits if a patient is on a highly restrictive diet.

Krill oil’s natural anti-inflammatory effect can also be quite effective against arthritis and chronic pain. Since the primary cause of these pains is joint inflammation, the mild effect of krill oil, coupled with the fact that it is so easily absorbed by the body can help reduce this inflammation quite efficiently.

According to one study, the treatment took around two weeks to take effect, and the results were significant. The research also looked at the benefits of krill oil on arthritic symptoms, and while the results were not as spectacular, they were still quite impressive.

Apart from cell deterioration, krill oil has been shown to have a positive effect on brain functions, especially in older patients. Once again, it is the presence of the n-3 PUFAs we can thank for that (namely the omega 3 fatty acid). What makes krill oil stand above other omega 3 supplements is its fast absorption rate which makes it quite suitable for elderly patients.

Clinical studies have shown that the triple benefits of high levels of DHA and EPA, phospholipids and antioxidants can promote the health of brain cells.

Because these elements are essential for the structural integrity of all cells in the human body, krill oil may help to alleviate some of the symptoms associated with the deterioration of these cells. DHA and EPA are also associated with the production of neuroprotective metabolites.

8.      Reduces the Symptoms Associated with PMS

Krill oil has also been shown to have anti-inflammatory properties. Combined with its mood balancing effects, it can be a very effective remedy against the symptoms of premenstrual syndrome. Studies have shown that the use of krill oil supplements drastically reduced the need for analgesics against the symptoms of PMS. The study cited above also pointed out that krill oil is much more efficient that traditional fish oil in this case.

However, if the symptoms associated with PMS are more severe in nature, it is essential that you consult a medical professional. While PMS itself is not necessarily dangerous, these symptoms may point to a deeper underlying issues, such as cists, or some form of disease. In this case, krill oil can only help to alleviate pain, but it cannot solve the problem.

A number of studies showed that, while Omega 3 does not completely halt the symptoms of major depressive disorder (MDD), it does have a mild beneficial effect. And while that may not sound very impressive, we must bear in mind that for one, MDD is notoriously difficult to manage, let alone treat. On the other hand, many patients do not respond well to conventional treatments.

There are a number of factors which can trigger the emergence of mild depression in certain patients. It has been associated with the reduction in the volume of the hippocampus and the amygdala, due to inflammation. Krill oil can help reduce brain swelling. And because omega 3 fatty acids promote the neuroprotective production metabolites, it can further promote brain health, and balance out mood swings.

10. Can Postpone the Onset of Osteoporosis

Osteoporosis is a disease which affects bone mass. Throughout life, bone is produced and reabsorbed by the body. After a certain age, the rate at which the body produces new bone decreases, which may result in a higher rate of reabsorption, relative to the speed at which it is produced.

Maintaining a high bone density is essential in staving off the effects of osteoporosis. While krill oil by itself cannot treat the condition, it can be a very useful supplement in medical treatment. Omega 3 has been shown to promote higher bone density, while carotenoids can help to maintain bone mineral density. Essential fatty acids can also encourage calcium absorption in the body, thus making calcium supplements more efficient.

That doesn’t mean Omega 3 can effectively cure osteoporosis. But several studies showed that it does have a genuinely positive effect on skeletal health.

The merits of foods and supplements high in Omega 3 fatty acids have long been known. But some may find fish oil to be unappealing, due to its smell and short shelf life. Krill oil can provide you with all the benefits of fish oil, without any of the drawbacks. It is much more effective, more easily absorbed by the body, and contains certain beneficial components, which fish oil does not contain. Moreover, unlike fish, krill are much more prolific, and with proper planning, can prove to be a much more sustainable source of oil.

Mike Jones is a contributing editor for HomeRemedyShop. He wants to share his knowledge about healthy living in order to help people make the right nutritional choices.

24
SHARES
ShareTweet
"Test yourselves if you are in the faith; examine yourselves!" - Bibel, 2 Cor. 13:5 10 Questions to Examine and Test Your Faith in GodTest Yourself Now