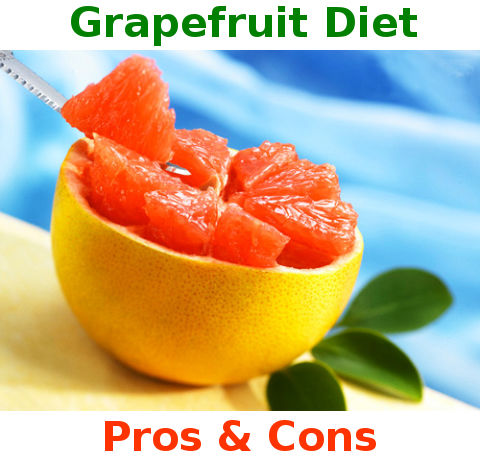 The famed grapefruit diet seems to be around since time memorial. However, the ultimate question about this diet remains: Does it really work? To understand and evaluate this no-so new diet plan, it is important to know everything about it first.

What is the Grapefruit Diet?

The Grapefruit Diet is also oftentimes called as the Hollywood Diet. And there’s only one reason for that – it is the diet plan that can get all those unwanted pounds off in a very short period of time. This diet has been conceived and followed since the 1930s. and quite frankly, it is very easy to follow as well.

To use the Grapefruit Diet for weight loss, all that is required is to eat the fruit or its juice throughout the day.

Here is a good menu example:

Dinner: Grapefruit salad with half a serving of steak for dinner

Plus all the black coffee and grapefruit juice you can handle

There above example can be considered as the more intense version of the grapefruit diet. It should be followed for no more than three days.

However, there is a more conservative take on the grapefruit diet. And such a type will allow you to eat your usual meals. Just be sure that you eat half a grapefruit before breakfast, lunch, and dinner. In this diet style, it is strongly advised that you try to reduce the amount of food that you normally take for each meal for much faster results.

Grapefruit is known to be a very nutritious fruit that is low on calories. On top of that, it has all the fat-burning abilities that would speed up one’s metabolism and initiate weight loss. Losing a lot of weight after the 3-day intensive grapefruit diet is guaranteed. Losing 10 pounds after 10 days of the more conservative grapefruit diet plan is the ideal result.

Grapefruit contains large amounts of Vitamin C, antioxidants, and beta-carotene. All of these can help keep the body healthy while on a diet. But mainly, this diet works because it is very easy to follow. It is quite effective for both men and women too.

Who is this Diet for?

The grapefruit diet can be followed by anyone who wants to lose flabs on their arms, inches on their waistline, and fats on their legs. But like most diets are, this one is recommended only to people who have a clean bill of health. It is not for someone who is suffering from any kind of diseases, as this diet could either interfere with one’s medication or render it ineffective.

Obese individuals were tested under a grapefruit diet plan and the results were conclusive. Those who ate grapefruit before each meal lost 3.6 lbs after 12 weeks. The ones who were advised to drink grapefruit before every meal lost 3.3 lbs. Do note that there were no changes done with their daily meals during the test period. Higher figures can be expected once the subjects were told to lessen food intake and do a few rounds of exercise to go with the grapefruit.

This diet is also recommended for those who prefer a more natural method of losing weight. No bottled supplements or pills need be taken. All that a person needs is a daily supply of grapefruit and grapefruit juice in order to sustain their 3-day or 10-day diet plan, depending on how fast they wanted it to work for them. However, many doctors advise against crash diets, as it can be potentially hazardous to one’s health. Individuals who are new to dieting are advised to take the grapefruit diet plan easy. 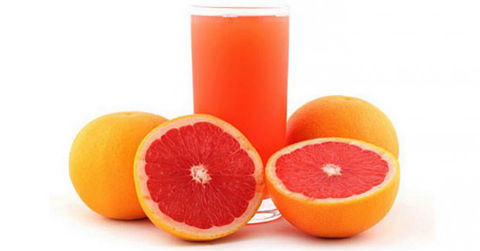 The Possible Side Effects of the Grapefruit Diet

While the grapefruit diet is known to work, many health experts are against it. This diet plan is considered as a crash diet and so it comes with absolutely no guarantees. That means you’ll eventually regain anything that you might have lost. The more particular side effects of the grapefruit diet are:

1. Dizziness
Because of the lessened of calories in your diet, lightheadedness is but common. Fatigue and feeling unwell are experienced by people who are not so used to dieting at all.

2. Gastrointestinal issues
Grapefruit is a very citrus food. And for a lot of people, taking in too much citric acid could irritate their stomach. Nausea and acid reflux is but common for people who follow the Grapefruit Diet.

3. Blood clotting issues
Individuals who are already at risk of diseases related to blood clotting are advised against this diet. Grapefruit contains enzymes that could affect the way the blood clots.

4. High blood pressure
Although a natural weight loss food item, grapefruit in high doses can change the body’s way of creating cortisone. Cortisone manages one’s blood pressure. Because of this side effect, those who suffer from heart diseases and blood pressure problems cannot follow this diet.

5. Liddle’s Syndrome
The Liddle’s Syndrome is an issue with the kidneys wherein they tend to work over efficiently. As such, sodium is reabsorbed while potassium and aldosterone are lost. High quantities of grapefruit can trigger the symptoms of this disease.

6. Undernourishment
Those who opted to follow the intensive 3-day grapefruit diet for an extended period of time are at a higher risk of being undernourished. This diet calls for only 800 calories consumed daily, and that may not be enough for people who have higher daily requirements.