Ginger Health Benefits And Side Effects

Health Benefits and Side Effects Ginger

31
SHARES
ShareTweet
"Test yourselves if you are in the faith; examine yourselves!" - Bibel, 2 Cor. 13:5 10 Questions to Examine and Test Your Faith in GodTest Yourself Now
Reading Time: 3 minutes 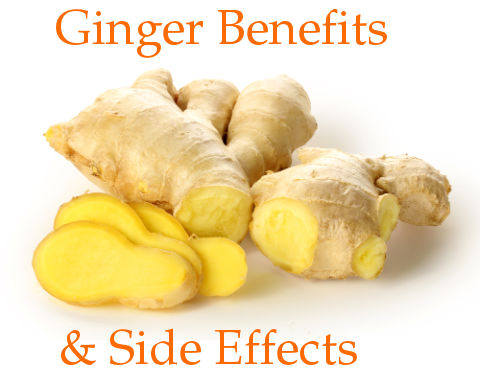 Ginger is a perennial herb and its homeland is believed to be South Asia. Ginger is now widely used in medicine, cosmetics and the food industry. Currently, ginger is cultivated not only in India and China, but also in West Africa, Australia and some Caribbean islands.

Ginger was introduced to Europe in the Middle Ages and used as a spice and as a medicine, at the same time.

In particular, the health benefits of ginger were revealed as a preventive measure against the plague raging in those days.

Ginger was brought to America at the beginning of its colonization – in the first decade of the XVI century.

Ginger benefits the health because of its root. The Chinese have known about this for more than two thousand years and have successfully used ginger to treat various inflammations and diarrhea.

Vitamins And Minerals Contained In Ginger

How To Use Ginger

In cooking: Ginger is great for different types of rice, as well as, preparing sweets. Honey, ginger and lemon is a great combination for a sauce or as a dressing for dessert.

Ginger Tea: Pour boiling water over the powder, let it sit for several hours. Drink in little sips before or after a meal.

How to make ginger root: Cut ginger in slices, pour over boiling water it, cover and allow to stand for about 3 hours. Strain it and the tea is ready for use. Together with the ginger, you may brew some tea leaves and add in some honey or lemon juice. Add a third of normal boiled water before drinking.

In medicine: Use ginger as a tincture, powder or decoction. 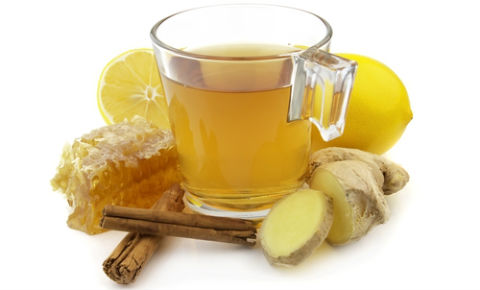 The fashion for ginger tea to lose weight has come to us from the eastern countries. Ginger is traditionally recommended there for those who wish to lose a few extra pounds.

Ginger Tea Recipe 1
Take a peeled ginger root. Cut into thin strips. Add water and bring to a boil. Reduce heat and simmer for 15 minutes. Once the tea gets cool add some honey and squeeze the juice from a lemon slice.

Ginger Tea Recipe 2
Fill the thermos of hot water. You need 2 oz (50 g) ginger and a small clove of garlic for 1 liter (2.2 pounds) of water. Let stand for 15 minutes, then drain it. Drink this tea during a day. It helps lose weight most.

Ginger Tea Recipe 3
Take a peeled ginger root. Cut into thin strips. Add water and bring to a boil. Reduce heat and simmer for 15 minutes. Next, add some rose hips. It can be bought in pharmacies. This tea is not only good for loosing weight, but also in case of problems with gynecology.

As you see health benefits of ginger and its uses are really many.

31
SHARES
ShareTweet
"Test yourselves if you are in the faith; examine yourselves!" - Bibel, 2 Cor. 13:5 10 Questions to Examine and Test Your Faith in GodTest Yourself Now